All The Yes Behind the Silent No

All The Yes Behind the Silent No 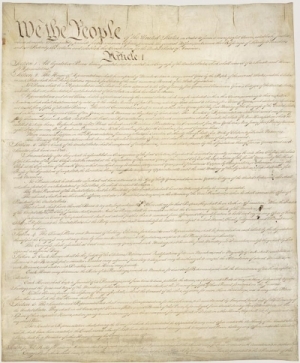 As I heard and read about the Supreme Court’s decision not to hear any of the lower circuit court appeals on Marriage Equality in the last week, parsing through its unspoken “No,” my therapist’s voice echoed in my head.

I don’t know how many times across how many sessions she repeated the phrase: “when you say ‘no’ to something, you are saying ‘yes’ to something else.” She usually issued this reminder when I was bemoaning the frequency of my having to say ‘no’ to my kids’ desires. Then, she would gently prod me to consider what ‘yes’ lay at the foundation of my seemingly ubiquitous ‘no.’

Curfews – “No, you can’t stay out all night, even on a weekend” meant “YES, I want you to stay safe and not end up in the wrong place at the wrong time` (and everyone knows that NOTHING good happens after 2 a.m.).

Homework – “No, you can’t blow it off, and No, I won’t write an excuse for why you didn’t finish it,” meant “YES, you are smart enough to complete your homework and will be better off for having done so. Pushing to complete the unsavory is an important life skill.”

Limited computer time for video games – “No, I don’t care that you’re about to make it to the thousandth level for having killed that genie on the edge of the abyss with the extra special magical sword you just found under the enchanted rock, enough is enough, you’re done playing,” meant “YES, I know you have more than an ounce of creativity in that brain of yours and, if given the chance – i.e. some time to use it – you will come up with something more scintillating and satisfying than sitting in a dark room staring at a screen.”

It took some time for me to absorb my therapist’s point, but I finally realized that ‘NO,’ while not meaning ‘YES,’ (don’t ever make that mistake), does establish boundaries and clarify what’s important, one’s values, if you will.

So, back to our country’s nine Supremes, and last week’s silent, but still loud and powerful ‘NO’ – in this case it was an inferred ‘NO’ in the absence of a definitive ‘YES,’ but in the world of the Supreme Court, that actually counts as a ‘NO.’ (But don’t try that at home or at work. A missing ‘YES’ doesn’t mean ‘NO’ in the rest of the world). Okay, you could argue that the court can always decide to take up an appeal of a lower court decision in the future, maybe not this session, but a future one. I, however, am not here to write about the plethora of procedural possibilities that could lie ahead with respect to the Supreme Court’s interest in revisiting the issue of marriage equality.

I’m interested in the present, because right now, in this case, the present is paving a path to a future, not with dirt, which can be easily redirected, but with the steely resolve of coalescing public opinion and laws. And that path is looking brighter and sturdier with so many important YESes.

YES for maintaining the secular identity of our government, the separation of church and state, a key tenet of our founding documents

YES for the concept of a loving GOD, for those who believe.

YES for the supremacy of logic and laws over irrationality and religious fervor.

YES for equal protection for children, spouses, and families.

YES for the recognition that love truly is love, no matter the gender of the parties involved, and always a force for good.

YES to liberty & justice for all.