TWO FOR THE ROAD

TWO FOR THE ROAD 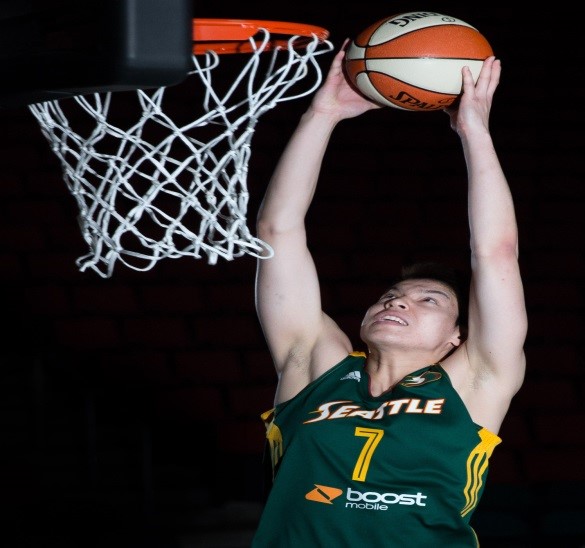 Who likes to talk about bad news? With 3:19 to go in the first quarter things were looking pretty good with the Storm down just 11-12. Then a Minny 7 point run made it 11-19. Second quarter was better with the Storm just trailing 18-20 but that put them at a 10 point deficit at the half. Then the roof got blown off in the 3rd quarter with Minn creaming us 30-19. The Storm lost the 4th quarter as well and the overall score was 70-94. Ouch.

What were the bright spots? Were there any? Why, yes, I think so. Only ONE free throw was missed, 15 of 16. AC shot 3 for 3 from the floor and added a free throw. Lang was 3 for 5 and made both her free throws. Sue 3 for 6, 6 free throws and 6 assists. Q was one for one and 2 free throws. And Renee was 3 for 6 with 2 free throws. Given that the team was .381 from the floor you can see that the other gals just couldn’t get the round orange thingy through the orange hoop. Unfortunately, Minn could, shooting .530 from the floor. Ok, on to LA…

A rematch of opening night. LA was out for revenge and had been off for 8 days to prepare. The first quarter continued the Storm’s struggles to make baskets, shooting 6 of 15. LA jumped to a 21-15 lead for the quarter.

The second quarter was even worse; making 2 of 11 shots from the floor. LA scored 11 unanswered points. Luckily they then went as ice cold as the Storm, only winning the quarter 13-9 and taking a 34-24 point lead in to half. Hopefully the Storm would avoid the disastrous third quarter they had against MINN.

The third quarter saw the Storm pull within one at 40-41 behind 8 points by Abby. But overall shooting was still not great at 7 of 17. The quarter ended with LA’s lead down to 46-42; within striking distance? Can Abby keep it going and get a win on the road?

Fourth quarter was started with Jewell making a sweet jump shot which was answered by LA. O’Hea made two free throws and again LA matched the two points. Then Bird and Abby each scored to tie the game up at 50 with 4:48 left in the game. Abby, Bird and Jewel combined to extend the run to 8 straight points. LA scored 4 more points and Jewel finished it off by making both of her free throws for a 10-point effort in front of her mentor, Kobe Bryant, known as Black Mamba, who was sitting courtside with LA Sparks owner Magic Johnson. Jewel has been tagged Gold Mamba. Storm win it 60-54. The Storm shot 6 of 10 in the final frame. BIG Road Win.

*DISCLAIMER:  these recaps are written by Lynn Slaughter, an avid Storm fan with absolutely no basketball training, never played the game (can’t jump and throw simultaneously), but she HAS read “Basketball for Dummies.” Her opinions and comments are entirely her own and do not in any way represent the views of anyone with a monetary interest in the Seattle Storm; neither those who draw a paycheck nor those who provide the financial underpinnings of the organization (aka Force 10 Hoops, LLC).  I apologize for any bad grammar or typos; I do not allow my usual editor to touch these gems.