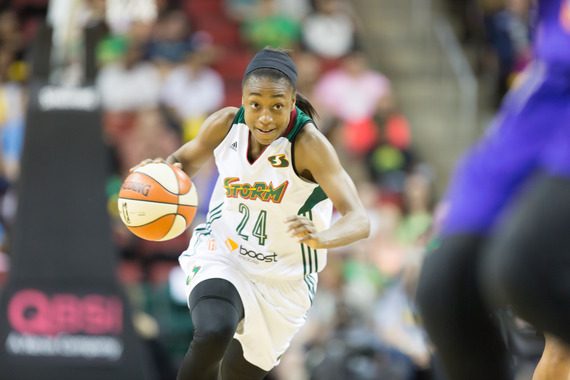 Forty years ago in early March of 1976, I joined eighteen of my Yale Women’s Crew teammates in a strip-in protest over the lack of equal facilities at the University’s boathouse, twelve long miles from campus. While we invoked Title IX in our fight for a locker room and showers, our heavyweight male rowers persisted in calling us names in a misguided attempt to scare us out of the weight room and bully us off the water. I still remember the mutters of “sweat hog” and “inhuman scum” that followed us out the door of the gym’s basement tanks, the ugly scrawl of those epithets on the exterior of the tiny locker room trailer that the athletic department had belatedly deposited in the boathouse parking lot for us women to use.

I was seventeen, a college freshman, a pretty near instant convert to feminism thanks to this experience. Maybe I shouldn’t have been surprised that young men could behave so badly, could stoop to calling young women names. I was so innocent. I didn’t realize how powerful the motivation was to maintain the exclusive right to engage in sports, to enjoy the thrill of competition and winning, to luxuriate in the adulation and appreciation of frenetic fans.

The WNBA celebrates its twentieth season this year. Truly amazing, a feat few women’s professional sports leagues have accomplished in the world. Yet, the negative articles, radio talk show punditry, and online comments keep coming, a constant drumbeat that not only will the league fail, but that it should. Just last week I scanned the most recent one. I don’t bother to read online comments following articles about our superstars or teams, because the drivel is always the same.

There is no Title IX in professional sports and I am no advocate of there being one. The market is enough for me. The facts speak for themselves: fans come to our games, ESPN has committed to a long term television contract, communities celebrate their franchises, our super-stars are incredible athletes and role models, inspiring girls and boys to dream big and go hard.

All the devotion to why the WNBA should, or will, expire amounts to the same name-calling my crew suffered back in 1976. Isn’t it time to grow up and shut up? If you don’t like that women are gaining equal access to all realms of human engagement and interaction, so be it. But publicly predict the W’s failure or malign its players? You sound like a bad sport and a whiner. The attempt to drive women out of the realm of professional sports is doomed to fail. We’re in the 21st century now. 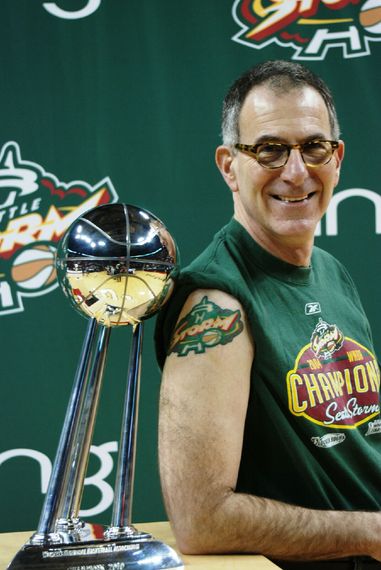 I’ve heard all the arguments about why the WNBA should fail — yet, after 20 years, the league is still here and doesn’t look to be going anywhere soon. Not only that, its development as a league in many ways is patterning the NBA’s. Consider the following:

Starting something new is tough, there’s no way to avoid this. According to the SBA, not even 25 percent of businesses survive their first twenty years. That puts the WNBA in the upper quartile of businesses. Additionally, the WNBA is a cultural phenomenon, an outgrowth of Title IX’s success. Less than 4 percent of girls participated in high school sports in 1972, by the time the W launched over 30 percent of high schools participated. Today, nearly 3.3 million teen girls play sports, and that number has increased twenty-six years in a row. Not only that, since the league’s launch, the USA has won every Olympic gold medal in women’s basketball, five in a row.

The league’s growth has proceeded alongside the expansion of opportunities for women, and neither its process nor its progress is straightforward. The WNBA both is part of the sea change in attitudes about the role of sports in girls’ and women’s lives and offers a vivid demonstration of our culture’s changing attitudes towards women. It serves as both a touchstone, marking our progress, and a lightning rod, attracting outsized critique.

The league is not just a “product,” or a form of entertainment. The consistent and persistent negative attention from a thankfully diminishing number of male pundits proves its importance as a marker of social progress. Just like those Yale boys, they fear a future where women have horned in on their ball games and claimed their own turf in territory that has traditionally been theirs and theirs alone.

Let’s have the market decide whether the league has a future. With twenty years under our belts, the caliber of our athletes, and our culture’s progression, I’ll take that bet.